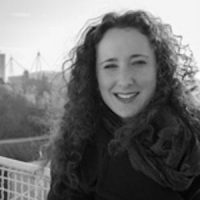 Lina Dencik is Reader at Cardiff University’s School of Journalism, Media and Culture (JOMEC). Her research concerns the interplay between media developments and social and political change, with a particular focus on resistance. In recent years, she has moved into the areas of digital surveillance and the politics of data and she is Co-Founder of the Data Justice Lab. Lina has written several articles and books, most recently, Digital Citizenship in a Datafied Society (with Arne Hintz and Karin Wahl-Jorgensen, Polity Press 2018). Her current project, funded by an ERC Starting Grant, is ‘Data Justice: Understanding datafication in relation to social justice’ (DATAJUSTICE).

Catherine D’Ignazio is a scholar, artist/designer and software developer who focuses on data literacy, feminist technology and civic engagement. She has designed global news recommendation systems, run women’s health hackathons, created talking and tweeting water quality sculptures, and led walking data visualizations to envision the future of sea level rise. Her art and design projects have won awards from the Tanne Foundation, Turbulence.org and the Knight Foundation and exhibited at the Venice Biennial and the ICA Boston. Her research at the intersection of technology, design & the social change has been published in the Journal of Peer Production, the Journal of Community Informatics, and the proceedings of Human Factors in Computing Systems (ACM SIGCHI). D’Ignazio is an Assistant Professor of Civic Media and Data Visualization at Emerson College, a Fellow at the Emerson Engagement Lab, a Research Affiliate at the MIT Center for Civic Media and the MIT Media Lab and an organizer with the Public Laboratory for Technology and Science. 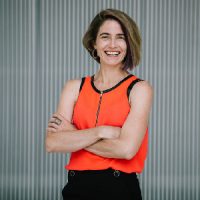 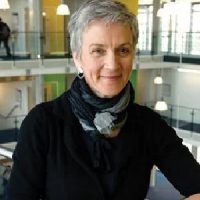 Flis Henwood is Professor of Social Informatics at the University of Brighton. As a social scientist with a background in science and technology studies and medical sociology, her research focuses on understanding the design, development and use of information and communications technologies (ICTs) in everyday work and life settings, with particular emphasis on how such technologies mediate and shape health and social care practices. Examples of past projects include: the development and use of electronic patient records (EPR) in the maternity services; the use of the internet by lay people seeking information about health risks; the use of ICTs to support self-care in the context of ‘obesity’; mid-life and older adults’ engagements with the discourses of self-care, personal responsibility and choice in the context of the new ‘healthy living’ imperative; the creation of electronic patient records in primary care and renal care; the information and support needs of people with dementia and their carers; and a longitudinal evaluation of the Alzheimer’s Society’s ‘self-management’ programme for people with early stage dementia (2014-2017). Flis’s current and recent projects include a 5-year EU-funded EmERGE project on the development and evaluation of a mobile ‘phone app for stable HIV patients (2015-2020) and a 3-year Leverhulme-funded project exploring the everyday practices of self-monitoring (2016-2019). 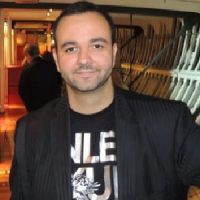 Emmanuel Tsekleves leads design for health at ImaginationLancaster, Lancaster University. Driven by the UN’s Sustainable Development Goals, his research focuses on tackling community health challenges across the world. He is currently working on understanding cleaning practices and driving infections from homes in Ghana; developing health and care policies for senior citizens in Malaysia and in promoting seafood across Europe through novel packaging design. Emmanuel’s research work has been published in over 75 international research articles. He is the editor of the Routledge Design for Health book. His work has also received public attention, having been featured by several UK and internationals print and online media outlets with a reach of over 15 million readers.

Sally Wyatt is Professor of Digital Cultures at Maastricht University in the Netherlands. She originally studied economics (at McGill University in Canada and the University of Sussex in England). She has worked and/or held fellowships in Canada, England, Switzerland and elsewhere in Europe. Her main intellectual affinity is with Science and Technology Studies (STS). For many years, her research has focused on digital technologies, both how they are used by people wishing to inform themselves about health-related issues, and how scholars themselves use digital technologies in the creation of knowledge. Her most recent book, co-authored with Anna Harris and Susan Kelly, is called CyberGenetics. Health Genetics and New Media (Routledge, 2016). The book includes poems by Caoilinn Hughes, and speculative fiction by the authors. It was awarded the Foundation for the Sociology of Health and Illness Book Prize in 2017. 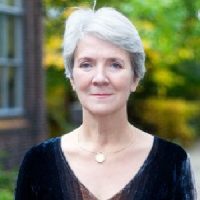